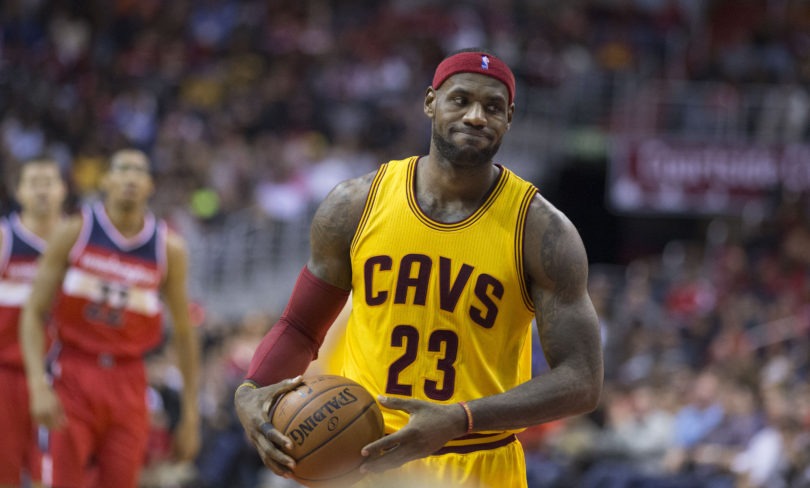 When a sports star gets into it with the official administration of the country, there is usually only one winner. Sports stars tend to play for one team, meaning that large portions of the country want to see them fail instead of succeeding. Politicians, meanwhile, are voted in by people across the city, state, and country. Therefore, it’s surprising to see just how much support Los Angeles Lakers superstar LeBron James is getting in his long-term spat with Donald Trump.

James, a keen supporter of movements such as Black Lives Matter and a vocal critic of Trump and other Republicans, has become a major target for politicians and those on the side of Trump. James has played a major role in encouraging people to vote this year, spearheading the More Than A Vote campaign. This will help to improve voting awareness and means among communities, with black athletes and artists involved in the showcasing of this particular story.

However, the POTUS has taken to various platforms to vent about James and the NBA as a whole. He claimed that the NBA has become a “political organization” and that it’s ratings have fallen through the floor given the widespread support for the Black Lives Matter movement.

Stopped more than a few times to discuss his profile spat with the White House, though, James simply said that he was short on time for a “back and forth” with the President in particular. Adding that he “damn sure” didn’t want to get into a back and forth with Trump – calling him “that guy” – it was a clear message from James that, for him, focusing on his campaign to try and get more people involved in the voting process.

Pushing for change, making enemies along the way

This has long been a story in American sport; when a sports star steps forward, they are often to “shut up” or to “focus on sports”. For athletes, though, it seems odd that individuals can have views on their sport, yet also are allowed political views. That’s why we’ve seen a bit of a campaign to simply ignore the calls to stop voicing opinions about social justice and social change. Athletes simply don’t care anymore that they are being told to focus on their sport; they want to have something more to say, and won’t let anyone – even the President – talk them out of it.

James has been fighting for years to try and make fellow black athletes keener on the act of voting. Many see voting as a waste of time, as they believe that their vote simply does not count. LeBron, though, has noted that this is “taught” to athletes, and it’s simply not true. This year, the hope is that more people from minority communities will take the example of the likes of James and vote in the upcoming Presidential Elections.

With the result sure to determine many years of life in America, expect this to be the highest stakes fight that James has been involved in across his professional career.