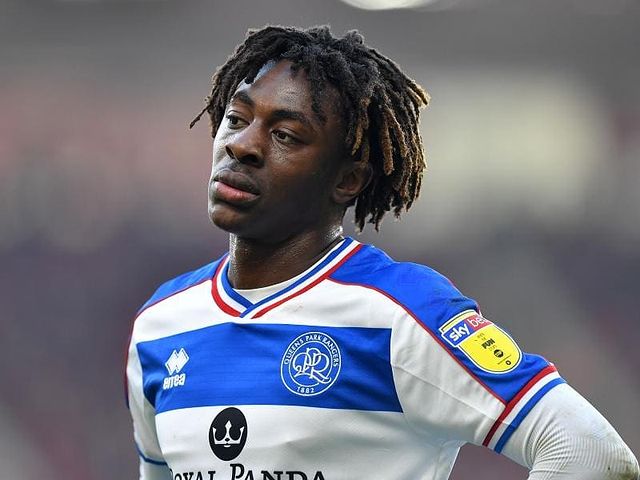 Having signed for Crystal Palace in the summer of 2020, Eberechi Eze was seen as the next in-line for an England call-up. The playmaker had made a huge impression on the Premier League in his debut campaign. His impressive form had alerted various other clubs to his ability, but also the England manager, Gareth Southgate. So impressive was his form in South London, then, that Eze was expected to be called-up for the England squad for the UEFA Euro 2020 tournament.

Supposed to take place last year, Euro 2020 will take place in Summer 2021 instead as the COVID-19 pandemic caused it to be postponed. The Palace playmaker was believed to be a shoe-in to be included as part of the pre-tournament training camp. Sadly, a serious freak achilles injury suffered in training robbed the former Queens Park Rangers player of the opportunity to represent his country.

With the injury due to keep him out for at least six months, Eze will have to wait until next season to try and stake a claim in the England team once again. Horribly, though, Eze found out that he was to be part of the England team immediately after he had damaged his achilles. The injury, which manager Roy Hodgson referred to as a “freak” incident, has therefore seen the player have to miss out on the chance to play for England in a major international tournament.

The 22-year-old was informed of the opportunity missed when he returned to the dressing room. The message there was from the Football Association, telling him that he would be included in a senior England squad for the first time ever.

While it is devastating to read of such horrible timing, some doubt that Eze would have made the final 26-man squad. However, the fact he would have had a training camp to impress is a major blow. Add in the fitness issues surrounding several players in his position, and Eze could have been a late replacement for a spree of England regulars who might be heading to the tournament in poor health.

Despite not being likely to make the final squad, though, it is a brutal blow for the winger to miss out on the chance to represent England at any level at all. The fact that Eze has also spoken of the past of being able to represent Nigeria might also have pushed England to make sure they don’t miss out on one of the best natural talents in the Premier League.

For now, though, the recovery starts and the journey to being called-up begins all over again. For Eze, having worked his way from rejection after rejection to finally making it with QPR, the challenge of the journey has always been present. Nothing has been handed to the young star, and it is unlikely that this latest setback will be enough to deter him from continuing to progress.

This summer, though, could be a tough watch for the player who might be wondering ‘What if?’