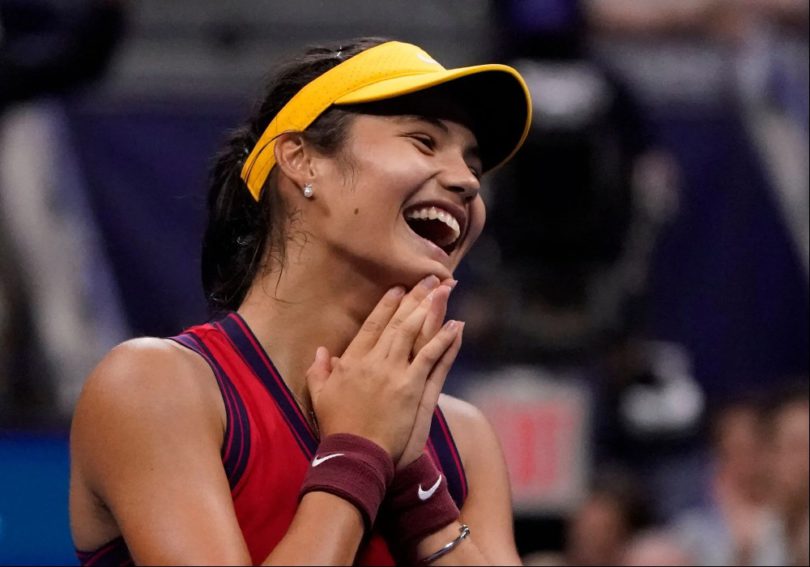 The game of tennis is one of the most popular sports in the world, and it has produced some amazing players. There have been many great tennis players over the course of history. The sport has a rich history going back to the 1800s, and there have always been top-ranked competitors vying for supremacy. It has been a long time since the world of tennis saw a great megastar in the making. We have all seen Rafael Nadal, Serena Williams, Roger Federer, Andy Murray, and many others but it feels like that the golden age of tennis megastars is coming to end. Or is it?

Who Is Emma Raducanu

Emma Raducanu is a British tennis player, who is ranked number 1 in the UK and number 23 in the world. The reason that she is gaining so much popularity isn’t just her high-quality tennis playing skills but the mere fact that she is just 18 years old and she has accomplished some big feats in the sport of Tennis. Currently, she is the reigning US Open champion.

She has already set a record as being the youngest woman to win a professional tournament title. This young girl’s talent and potential are off-the-charts high, which means we might have another megastar on our hands! It seems like there isn’t much this talented youngster can’t do on the court. She possesses incredible power coupled with amazing speed and excellent control over her shots – all of which make it easy for her to dominate opponents throughout matches. The fact that Emma Raducanu won tournaments back-to-back, playing against tough competition, is a testament to her ability.

It might not be too long before we see this young girl’s name among the all-time greats in tennis history! And with her just being 18 years old, we can only speculate what she might achieve in her entire career. We may even see some new records being made and old records being broken that have stood for decades. So Serena Williams, Roger Federer, and everyone who is included in the list of greatest of all-time tennis players, all have been put on notice by this prodigy.

Her skills and abilities aren’t just limited to the court. She is an amazing human being off the court as well which is something that is needed if you are going to one day become a global mega sports star. She is a sports lover who follows a range of other sports however she is a keen follower of formula one racing. She is a dual national of both Canada and the UK. She was born in Canada but resides in the UK and started her career in the UK as well. She speaks multiple languages; which may be because of her ancestry as her father is Romanian and her mother is from China. She was also born in Romania however her family moved to the UK when she was only 2 years old.

With so many skills and abilities both on and off the court, we can say without a doubt that she will one day rule the Tennis world and become one of the biggest sports stars the world has ever seen.