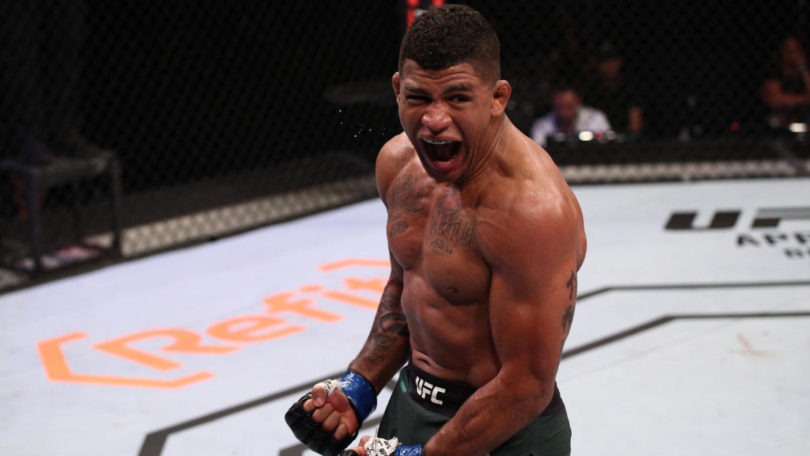 UFC is one of the most exciting events that happen throughout the year. Now and then, there are fights of different champions in line. Fans get filled with excitement, and every second in the cage is full of stress for the fighters.

It is not an easy sport and takes real dedication and passion for achieving what great fighters like Khabib Nurmagomedov or Conor McGregor have. Every second of the game matters when the fight starts and can easily change the points.

One of the most intense fights in the history of UFC happened on the 10th of April, 2022. Yes, it was the fight between Gilbert Burns and Khamzat Chimaev, and the decision was in favor of Chimaev. No doubt both the fighters fought to the last second, but Burns somehow felt he wasn’t treated fairly.

Therefore now Burns is demanding a rematch to get back his pride.

Why Is Burns Not Over The Result of The Fight?

When Burns was offered the fight with Chimaev, it was for three rounds. This disappointed Burns, and he knew these rounds were not enough for him to win this fight. So he kept on requesting the board to make the fight go on for five rounds, but due to some circumstances, it was not possible.

After the fights, Burns demanded a rematch but a five rounds one in the press conference. These fueled the need for another match, and guess what; Chimaev is all set for it. Fights like these is what keeps the spirit of the sports high.

When is The Rematch Going To Happen?

There is no doubt that nothing can stop the rematch from happening only if the UFC board allows it. From all the hype going on, it can be said that there may be a rematch happening, but the officials have confirmed nothing.

The lethal rematch between the remarkable fighters will happen after a few months. Chima and Burns both have scheduled fights with other fighters. So their rematch can be allotted once they are done with those fights.

Record of Both The Fighters

No doubt both fighters are experienced and professionals. They have spent a good amount of time in the industry and showed the world what they are made of.

Gilbert Burns is a former UFC welterweight champion with a won to lose ratio of 13:5. However, winning and losing is the part of the game which makes the athletes point out their mistakes.

On the other hand, Khazmat Chimaev has fewer fights in UFC and is new in UFC compared to Burns. However, Chimaev has an amazing record in both MMA and UFC. His ratio of MMA is 11-0 and 5-0 in UFC. The guy doesn’t know what it feels like to lose.

After this exciting and deadly fight, we can imagine how the rematch will be. It doesn’t matter whose side you are on; what matters is how the sports are growing and inspiring many other emerging fighters.