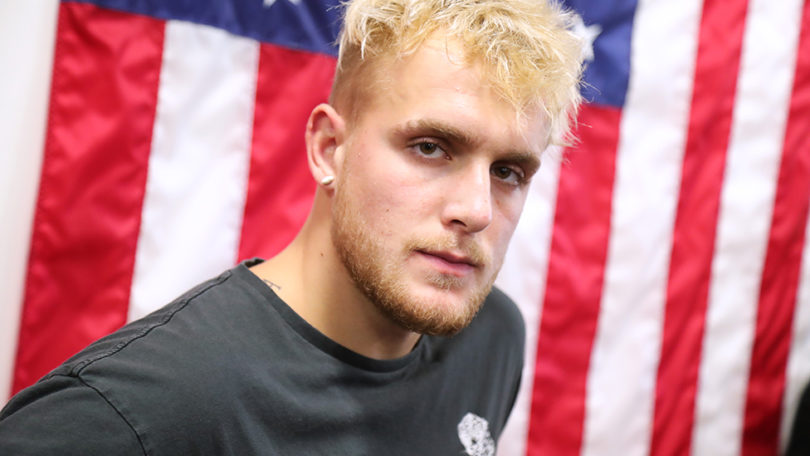 The fight between Katie Taylor and Amanda Serrano last Saturday is considered the ‘greatest’ women’s fight in history by the audience and many magazines. However, that day two fights took place that the viewers will always remember. One of them officially took place in the ring, while the other was a verbal spat between two boxers’ supporters.

Jake Paul, a YouTuber-turned boxer, is famous for supporting Amanda Serrano during the fight. Meanwhile, Conor McGregor is known for supporting Katie Taylor. Due to the fight between the two female boxers, Pual and McGregor got into a heated argument. Here’s what you need to know about it.

How Did The Fight Between Jake Paul And Conor McGregor Start?

The two boxers were present outside the ring at Madison Square on Saturday to show support for their female fighters. Katie Taylor won the match, which led to embarrassment for Jake Paul, who was supporting Serrano. To make things worse, Conor McGregor commented on Paul’s pink glasses.

McGregor compared Paul’s glasses to the one Jimmy Savile used to wear. Savile was a BBC personality accused of sexual abuse. This is the primary reason behind the verbal fight between the two male boxers. Paul was offended and responded to Conor through a message.

What Was Jake Paul’s Response To Conor McGregor?

After the fight, Jake posted his reply to McGregor on Twitter. He trashed the boxer by saying he had done more fights than him. Paul also pointed out that McGregor has lost five matches in the last two years while he has won five games. However, this is an incorrect statement.

Conor McGregor has only lost twice this year against Dustin Poirer. Jake continued trashing the boxer by saying that Dana White does not own him. He also emphasized that he got Katie Taylor, McGregor’s favorite fighter, her pay. Paul also took credit for making the match at Madison Square happen.

Jake also trashed Conor during a press conference saying that they’re always bantering, but McGregor always has to say something. Paul is also famous for wanting to fight with Conor in a ring.

Jake Paul Vs. Conor McGregor: Will An Official Match Happen?

It is no secret that Paul has been trying to get McGregor to meet him in a ring. This is why the boxer has accused Conor of ducking him, and he says that he’ll settle the score someday. Of course, the chances of such a match are quite slim.

McGregor will return to the UFC ring soon and will have to get permission if he wants to fight against Jake. Besides that, Paul will also be returning to the ring later and have a match in August. Both boxers have very different schedules and are unlikely to encounter one another.

This is your complete guide to the fight between Paul and McGregor. They exchanged a few harsh words, but everything was in control. Of course, the banter has been going on for a few months. So the audience doesn’t get surprised to see the two boxers fight verbally.