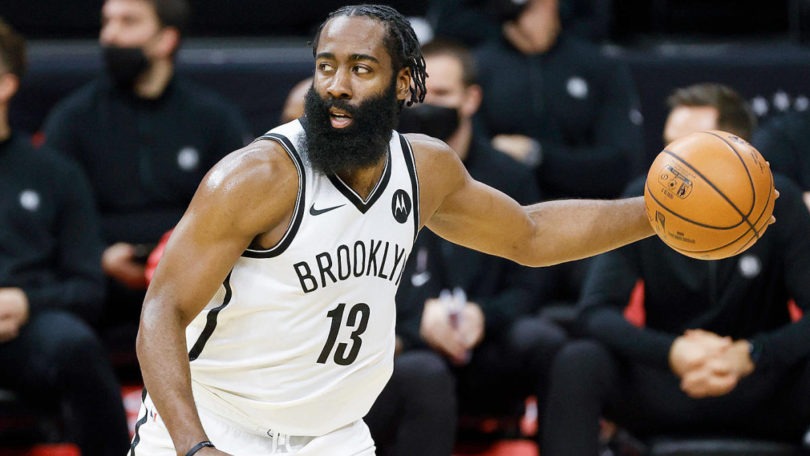 As one of the most polarising basketball players of the modern era, James Harden brings a lot of positivity to the court as well as a whole lot of criticism. For all his quality shooting and passing, Harden often gets slated for his isolation ball and his demand to be the most on-ball player in the league. Often, his defensive play and his off-ball ability are critiqued heavily. Having spent eight years having a team built around him in Houston, though, Harden now has to be part of a bigger picture in Brooklyn. As a Net for the long-term, now, Harden has to adapt quickly – and adapt he has.

The Nets have been inconsistent since his arrival, with star teammates Kyrie Irving and Kevin Durant missing a lot of gametime with The Beard. However, it’s clear the duo can play together; the points and assists ratios for all three are at hugely impressive margins. And the team is beginning to gel around the usage of a genuine top-rate superstar in Harden. The results are there for all to see – including a historic comeback win against the Phoenix Suns.

The Suns have wowed opposition this year, with Chris Paul and Devin Booker leading a Western revolution to bring them into the top five positions in the Western Conference. Alongside the Utah Jazz, the Suns have been a surprising playoff package that could, if they can maintain consistency, compete for a chip. However, heading into half-time against the Nets, Phoenix were looking like a team who could dominate all in front of them. They were ahead by 21 points, 24 at one stage, and looked every bit the contender for the Larry O’Brien trophy.

However, despite being down by a larger margin than the Nets have ever come back from – even when they were a New Jersey outfit – the Nets got to work. Harden in particular played a spectacular game, taking the bull by the horns and really pushing his teammates forward.

Since a shocking loss to the Detroit Pistons on the 10th of February, the Nets have now won four on the spin and look every bit a title contender. To overcome a Suns team that was playing some of the best basketball in their recent history was a huge boon, too. However, this was a proper team effort as the Nets got to work.

Alongside Harden hitting a whopping 38 points and 11 assists, Joe Harris sparked 22 points in 31 minutes, whilst Jeff Green and Tyler Johnson scored 18 and 17 in 25 and 32 minutes respectively. In a game that was missing the reliable effort from co-stars Durant and Irving, Harden took the role of star player once again and delivered his most clutch performance in a Nets uniform so far.

If the Nets are going to go all the way this year, it’ll come down to how well their Big Three can rotate the need to become the hero on any given night. If Harden can keep up this level of heroism, though, the sky really is the limit.