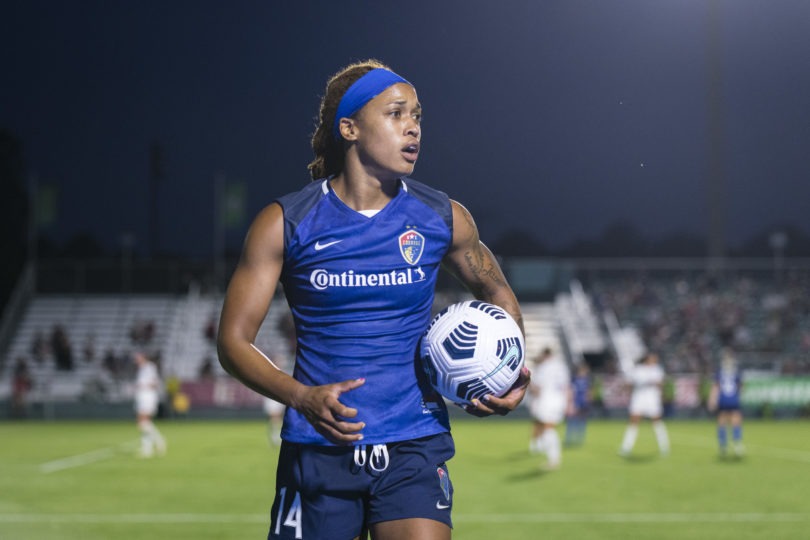 Soccer is one of the most loved sports. It requires rigorous training and years to build a reputation. Now there are many famous soccer players all over the world.

One of them is Jessica McDonald. She is an inspiration for many young girls as well as other soccer moms. Here are some facts about her.

Who Is Jessica McDonald?

Jessica is a forward player who has a strong track record of goals. For the past ten years, she has played for nine professional teams, namely:

It wasn’t easy for her to travel to various cities as a mother, but she never gave up on her dream to become a national player. That is because Jessica wants to be a role model for her son, someone who he’ll be proud of. In 2016 her hard work finally paid when she earned a spot on the US women’s national team.

She is the first NWSL player to accomplish 33 goals during regular seasons. In 2017 and 2018, McDonald helped her club North Carolina Courage achieve two NWSL shields. However, her most significant achievement was winning the World Cup in 2019.

The win was special to her because her son Jeremiah was also present at the match. Their reunion was the most heartfelt moment at the stadium. That is because Jessica had been away from her son most of the time due to training.

Today, she is no longer a part of the national team, but her soccer career continues. Jessica is still playing as a forward for the North Carolina Courage. She is considered a veteran soccer mom and idol for many aspiring players.

The soccer star is an inspiration for many but do you wonder who her inspiration was? Well, Jessica has shared that during her childhood, her grandma encouraged her to play any sport. Since her brother used to play soccer, she decided to follow in his footsteps.

Her brother was also a part of Youth National Teams back then and continued to inspire young Jessica. He was also present at the World Cup to cheer for her.

What Else Is Jessica McDonald Famous For?

Soccer is not the only reason why we look up to Jessica. The former World Cup winner also partners with Always feminine products. She advocates for letting girls play sports too.

According to her, sports allowed her to become more confident and helped her through puberty stress. That is why she believes playing sports can encourage young girls to have a voice and stand up for themselves.

Besides that, McDonald offers advice to many soccer moms and helps them with their struggles. She also advocates for equal pay and has been featured in a documentary called LFG.

That was everything you needed to know about Jessica McDonald. Sports taught Jessica patience. She was considered old by many at her debut, but she didn’t let it affect her. And now, her story is an excellent example for all of you who want to pursue your athletic dreams.