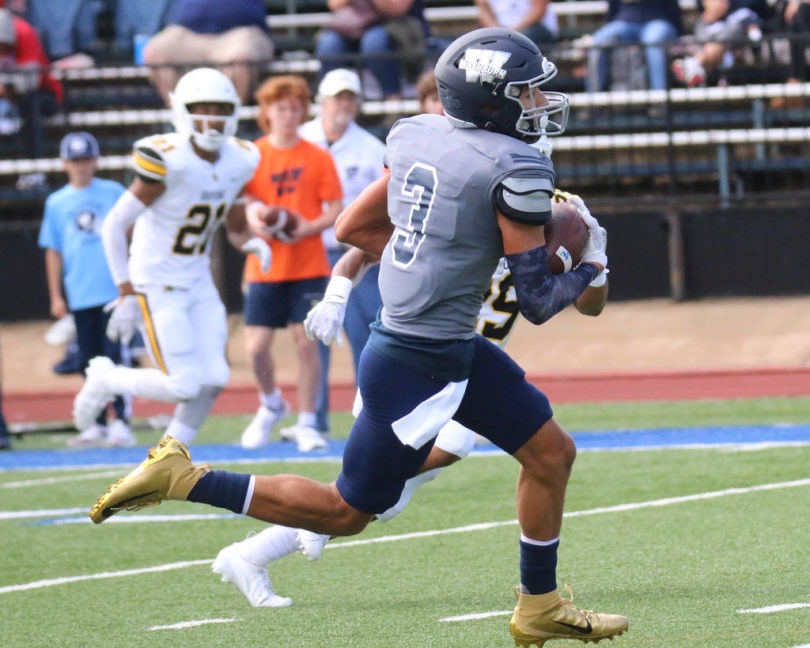 Sport often has funny ways of showing us teams progressing, with most of the time involving some kind of fall before a return to the top. American college football can be even more up and down than other sports, with spells of dominance soon replaced by utter failure in the short-term. That’s why so many people are interested to see the long-awaited victory that Missouri gained over Kentucky in their latest match-up.

It has been five whole years since Missouri managed to win a game against their more illustrious rivals. This has led to a pretty one-sided rivalry, with Missouri finally managing to come out the other side with a win. The game, though, was by no means simple: the impressive form of Larry Rountree played a major role in helping them to turn around an ultra-tight match-up.

Rountree, though, impressed by carrying the ball 37 times for 126yds in total, as well as a pair of touchdowns. This seen Missouri take total control, though the game did share plenty of ebb and flow before a dominating pattern was put together. Missouri, who are 2-2 in the Southeast Conference, held the bell for over 43 minutes and were capable of playing almost three times the plays as their beleaguered opponents.

The ran 92 plays, dwarfing the 36 that Kentucky, who are 2-3, were able to put together. The team played an exciting brand of ball, attacking and defending extremely well. Coach Eli Drinkwitz after the game noted that the game had wanted “exactly the way” that they had intended, bringing a surprising win to the forefront of local news. It was a major win, not least due to the long time that has passed since both sides had overcome one another.

However, despite putting in a wonderful shift, Rountree after the game made it clear that he could have played on further. He was impressive on the ball and continued to be a major factor in the pressing that seen Missouri eventually overcome their opponents. The key change, though, came during a second-half phase of play that changed the entire course of the match. With a 21-play drive that has lasted just shy of 10 minutes, they also ate up around 7 and a half minutes with an impressive 16-play drive.

While it was not exactly the most riveting football to watch, it was deeply impressive to see a team so short on regular victories in this fixture to come out with something as aggressive and reliably defensive as this. It helped to set the tone for an excellent match, though, and when Harrison Mevis put the game beyond Kentucky with a field goal, there was genuine elation on all sides.

The match-up has been one-sided for so long now, but it looks like Missouri might be returning to its competitive best. With Kentucky besting them more often than not recently, this win is sure to feel extra-sweet for fans of the Tigers.