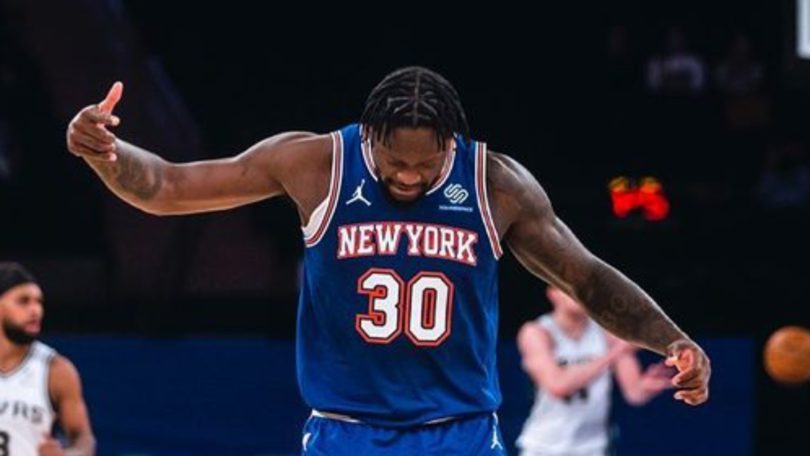 Tell any fans of the long-suffering New York Knicks that this year would be an outright success, and they would have raised eyebrows. A muddled squad that has blown cap space on a proven ‘bust’ like Julius Randle? Coached by Tom Thibodeau? Relying on non-performers like the aforementioned Randle and RJ Barrett? It was a stretch for even the most optimistic Knicks fan. However, with the NY titans finishing in the fourth seed in the Eastern Conference, they not only made the play-offs, but got home advantage!

While their series with the Atlanta Hawks has started with a disappointing loss on the opening night at home, optimism is significant that the Knicks can turn this around. They are one of the best defensive teams in the 2020-21 NBA, and bring a grit and effort to the table that is rarely seen at Maddison Square Gardens. However, while the MSG crowd – some 15,000 – were silenced by Hawks star Point Guard Trey Young on opening playoff night, there was a rapturous applause for the major story of the season.

That’s right – ‘bust’ Julius Randle has become a key part of the Thibodeau era. So much so, that the ‘salary sink’ has gone from a laughing stock to a legitimate competitor for the Most Valuable Player award. And while Randle won’t be walking away with the MVP, he is the MIP – Most Improved Player.

The return of Randle

Randle was once seen as a huge value youngster with a high ceiling. Yet career stagnation and poor choices meant that when the Knicks used a large chunk of their salary cap to bring in Randle it was ridiculed by many supporters and analysts. However, the Power Forward has become a legitimate night-to-night scorer this year, as well as a solid defensive presence.

In heart-warming scenes, Randle stood on the court as his young son brought out the award to present to his old man. Wearing the now-famous Randle 30 jersey, Kyden presented his father with the award that he has worked so hard to pick-up this year. Randle got 98 votes out of a possible 100 votes, showing you just how unanimous it was that Randle had taken his game to a whole new level.

After years of being ridiculed as a joker, Randle now looks like a legitimate option on a contending team. His massive change in performance this year was a justified reason to see him land the MIP award. Indeed, the only other player to receive votes in the first place award was Jerami Grant of the Detroit Pistons. Other players received numerous votes for second-to-third place, with Michael Porter Jr. receiving 138 total points in voting. By contrast, though, Randle amassed an incredible 493 – more than Grant, Porter Jr. and Christian Wood, the next inline, put together!

For Randle, though, MIP awards are nice – becoming the face of the first Knicks team to win a playoff series in over a decade would be seen as an even bigger achievement than his personal development.