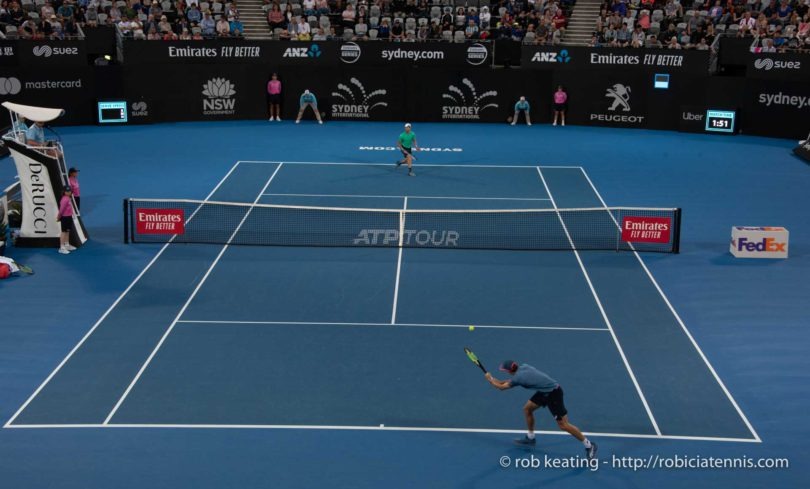 As the sporting season continues to return to some form of normality, albeit often without spectators, major tournaments are returning to the calendar. This includes the major tennis events, with the Grand Slam events all scheduled to go ahead. The upcoming tournament, the Australian Open, is set to start in January. However, concerns about the tournament are already being raised by organizers.

The argument stems over whether or not athletes will have the opportunity to train and stay in the condition during their pre-tournament quarantine period. Craig Tiley, the director of the tournament, said that the Grand Slam should go ahead but there may need to be structural changes to ensure it can go ahead.

For example, talks are going ahead to move all pre-tournament warm-ups and ATP Cup events to Melbourne. This would allow for players to get the chance to play in each tournament and participate to the best of their ability without having to quarantine when moving between Australian state borders.

Melbourne has been particularly impacted by a second wave of the COVID-19 virus, leaving anyone who is visiting Australian to quarantine in a hotel for 14 days – at their own cost. Some states, though, have allowed exemptions for athletes to train and it is expected that such an agreement will be reached with the rest of the tennis calendar in mind. Otherwise, it would likely cause some issues with getting a safe restart put into place for everyone.

Tiley noted afterward that if a player has been in a hotel for a period of time prior to the season starting, it will impact on their performance. He also believed that asking players to sit in a hotel for two weeks, then go and play in a Grand Slam, would hamper their ability to compete effectively. The argument, though, is that players should be given a chance to train during those two weeks, albeit in a thorough and highly quarantined manner.

As the world has grown used to becoming flexible with tournament schedules, tennis bodies say they are fully prepared for shocks to the calendar to take place. Various discussions are taking place to ensure that all tennis events that are scheduled to go ahead can happen without players having to quarantine for extensive periods of time.

Indeed, the crowd numbers are also expected to be drastically reduced, with around 25% of the typical crowd expected to be permitted to take part in watching the Grand Slam event. We will also see major events taking place at the same time, including the much-anticipated ATP Cup and the WTA events scheduled to take place in Adelaide, Brisbane, and Hobart.

The challenges that exist around organizing sporting events have been known for some time. Navigating this confusing field, though, has proven more confusing than even the most optimistic organizers would have assumed. The hope is that a clear solution can be sought and found to ensure 2021 is not as disrupted as 2020.