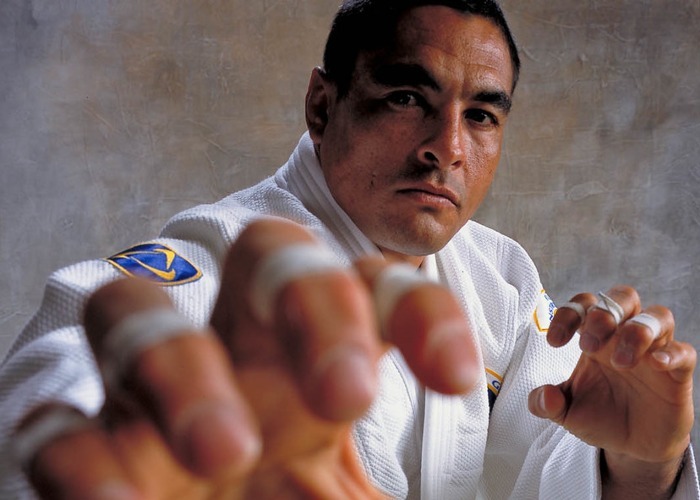 In the Brazilian Jiu-Jitsu world, the Gracie’s are a legend. After all, they launched this martial art. And among them, Rickson Gracie is the best fighter. Here is all you need to know about the MMA fighter and his family.

Background Of The Gracie Family

Helio Gracie, the father of Rickson, is the man who launched Brazilian Jiu-Jitsu. At first, he used to conduct matches at his family’s academies in Brazil. But now, due to his son and other members of the Gracie family, the fighting method is recognized worldwide.

Helio was the first person to recognize Rickson’s talent. So, he prepared him for years to be the next person to represent the Gracie family.

Rickson Gracie And His Achievements

Rickson Gracie is a legendary MMA fighter who excels in the art of Brazilian Jiu-Jitsu. He got his training from his father and took part in fights because of him. His first fight was against an expert fighter called Rei Zulu.

Rickson was only an 18-year-old kid and even weighed about 20 kgs less than Zulu during that time. Despite that, he didn’t refuse to fight because of his father. This was a breakthrough for him, as he defeated Zulu and earned the respect of many people.

He has also won two Vale Tudo tournaments. These are fights in which there are no rules and continues until one of the participants gives up. Besides that, he has also won three MMA fights in Japan.

Why Did Rickson Leave His Fighting Career?

Rickson’s last fight was supposed to be against the man who had a record of defeating every Gracie family member. His name was Kazushi Sakuraba, and he was also referred to as the Gracie Hunter. However, the fight never took place.

Unfortunately, Rickson’s son Rockson died due to a drug overdose during that time. After getting the news, the MMA fighter was devastated and never fought again professionally. He also got divorced and went back to Brazil.

What Is Rickson Doing Now?

After years of suffering from depression, Rickson finally got back on his feet. He remarried and returned to the US with a new vision for martial arts. One of his primary steps was the setting up the Jiu-Jitsu Global Federation.

The organization aimed to restore Jiu-Jitsu to its glory. And he succeeded in doing so. Due to his efforts, the fighting technique is recognized by Hollywood celebrities and professional fighters. The sport is even taught at schools as an extracurricular.

Recently he completed his memoir book called Breathe. In this book, he has talked about every aspect of his life. According to him, the book is the rawest take into his life, and it’s not all about good things. He even said that some people might get unhappy reading it.

Although he does not compete anymore, Rickson does teach people. His book was released on 10th August. So, if you want to learn more about his struggles, you should give it a read.