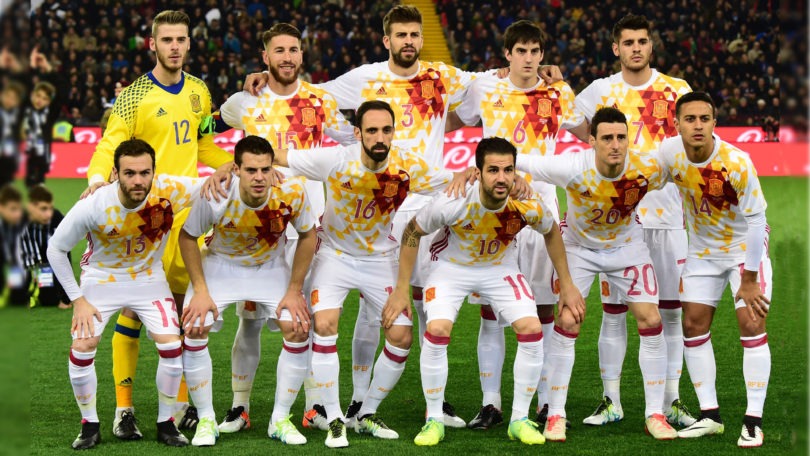 With the FIFA calendar well and truly in flux thanks to the COVID-19 crisis, teams are having to make rapid progress in 2022 World Cup qualification. The first bout of games have now taken place, with Spain hosting Greece in a key opening game. Despite the gluttony of talent in the Spain squad, though, La Roja failed to make the most of their opportunities and succumbed to a frustrating 1-1 draw with Greece. The game, which finished 1-1, seen Spain take the lead before being pegged back in the second half.

The frustrating start to the qualifying campaign for Spain, though, should not leave fans too worried. With a relatively straightforward group and a young, experimental national side called-up for these fixtures, results and performances are sure to dip. Coach Luis Enrique has focused on introducing new players into the line-up, as veteran Spain stars head toward the national team exit door or lose form. However, the new starts might take a bit more time to get regular gametime at senior level if this frustrating match-up was anything to go by.

Spain took the lead with an easy finish from close range by Alvaro Morata. The Spanish striker raced onto the finish, completing it from close to the goal. This came after a shot from Dani Olmo had smashed against the woodwork. Spain continued to press and push, enjoying a relative level of dominance over the Greeks as the game progressed. However, as usually happens when a team fails to score a second when on top, it takes just one opportunity to destroy all of that good work.

Therefore, the mistake from Inigo Martinez to give away a costly penalty early in the second half was a major blunder. Having come on as a substitute, and ill-thought challenge on Giorgos Masouras in the box was enough to see a penalty given to the away side. Up stepped Anastasios Bakasetas, who thundered him a finish from the spot to give Greece a valuable goal.

However, while many would expect a Spanish onslaught afterward, it did not really develop as expected. Spain kept trying to push and probe, but only one clear-cut chance was created late on. Left more or less free in the box, Morata again was given opportunity to put the home side in front – but put his header right into the arms of the Greek keeper.

This was a blow for Spain, as an early win would have provided further chance for more experimentation as the season progresses. With ground already lost, Spain need to go to Georgia now and get a result whilst knowing Greece are only playing in a friendly.

Expected to top the group with relative ease, the Spaniards will need to find another gear and edge to their play. With some senior players given another game where they disappointed, the next squad could see even more faith placed in the next generation of exciting young Spaniards.