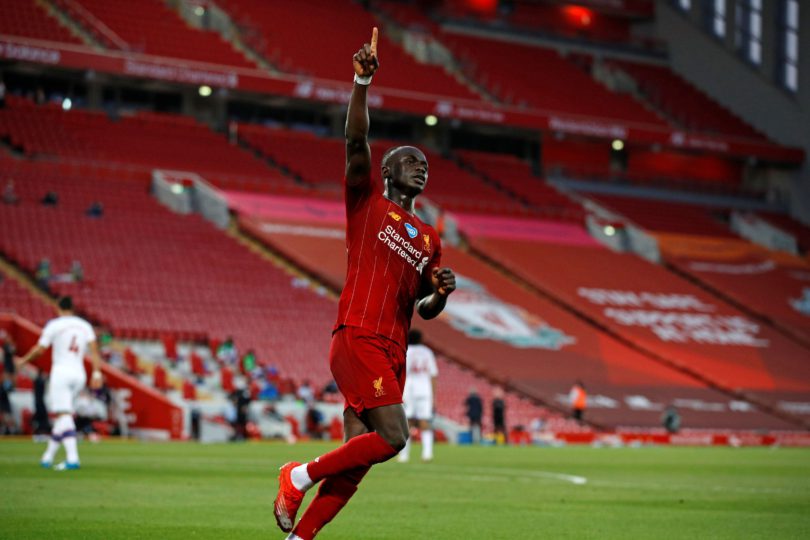 2020 was, without a doubt, a year like no other. And while we would love it if that meant something positive, this year it did not. The COVID-19 pandemic swept the globe, turning nations rich and weak into chaotic places to live. The world watched as we waited for a solution, using things like sport on the TV to take our minds off the horrific things happening worldwide. Even sport, though, couldn’t avoid the oddness. What, then, were some of the strangest moments of sport as we made our way through the most challenging year on record?

As Liverpool Football Club ended a 30-year trophy drought, none thought that it would be like this. In an empty Anfield, Liverpool lifted the Premier League title in the Kop End, the famous stand at Anfield Stadium that is often the most passionate in England.

Instead of being surrounded by fans, though, the club players and coaching staff stood on a large, pre-build podium, lifting the title to Coldplay. It was a surreal moment for fans who had dreamt for decades of a title win and what that might all mean. Few, we imagine, thought it would be won without the fans.

When you go to watch something like horse racing, you expect to see packed crowds and people roaring on their bet of the day. This time, though, people were doing the hooting and hollering from their couches at home. No fans were allowed to attend the vast majority of race events in 2020, leading to mass events taking place with nobody there to see the event. It was a showpiece time of the year, absent the thing that makes it such a great watch in the first place; explosive, excited fans.

The strangest moment in sport for most, though, was the mass taking of the knee before games would start across sports worldwide. From European football to NBA basketball, athletes the world around started to take the knee in a bid to show solidarity with those who were being left behind by an unfair society. It was a moment of action from some of the most personable and popular people in the world; a moment to show solidarity with people who were being marginalised and, in some cases, even murdered, purely because of their background or race.

We’ve all seen photos over the years of fans finding inventive ways to watch their team, but the year of 2020 brought many unique challenges. From fans using ladders to see over stands to flying drones over stadia, we got used to fans doing everything they could to try and find a way to watch the team(s) they love across their chosen sports.

Inventive fans have long been part of the sporting world, but this really is the year we have seen fans go to all manner of lengths to find a way to watch their sporting heroes.