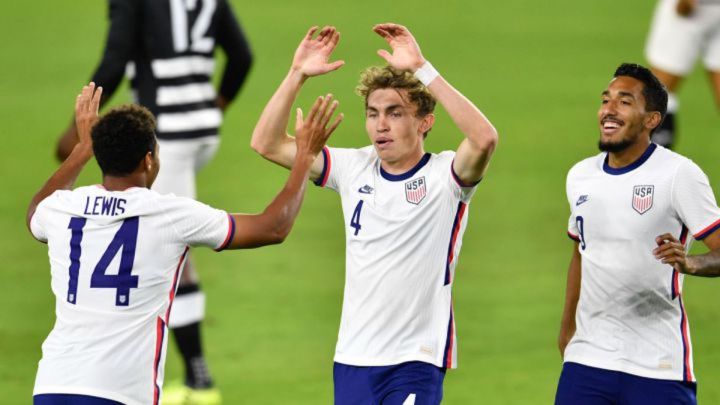 As one of the most developed and sport-mad nations in the world, the lack of passion for soccer in America has long been seen as strange. However, with an increasingly large number of young talents emerging to play for European sides, the USA is beginning to really show its teeth when it comes to developing as a proven nation for the global game. However, the Olympics plays a huge role in highlighting just how good the Americans are compared to other key nations. Failure to qualify previously harmed the game, and it is imperative that a 2021 qualification takes place.

However, this already looks trickier after the USMNT U23s lost a game to Mexico, the ‘old enemy’, in a 1-0 defeat. The game was decided by a goal just before half-time, when a crucial mistake from Sebastian Soto allowed the Mexicans to score the only goal of the match. It now means that America has a do-or-die game against either Honduras or Canada in the knockout rounds on Sunday. Win that, and they should be able to go the Olympics regardless. Lose that, though, and it is yet another major tournament setback for the budding American soccer program.

The game itself was extremely tight, with the first half in particular lacking much in the way of fluency or attacking swagger. However, things quickly changed for the worst when the game approached half-time. Sebastian Soto made a simple mistake, giving the ball away under little pressure, and ensured that Uriel Antuna slotted away in the 45th minute of the match. The mistake was a major blunder, and leaves the USMNT facing an uphill challenge against a young and aggressive pair of North American sides.

In previous decades, American and Mexico were guaranteed qualification for the most part; the growth of the other sides in the region, though, ensures that competitive games are found against every opponent. Canada in particular are on an upward curve, with the likes of Alphonso Davies and Jonathan David giving Canadian kids the opportunity to believe that they could play at the highest level after all.

Meanwhile, this generation of young Americans face the pressure of making up for the mistakes of the teams who came previously and failed to qualify. With a lot of pressure on the shoulders of the young USMNT, there is a definite push from the media to see Olympic qualification. Viewed as a crucial part of American soccer development, a strong showing at the Olympics is believed to play a big role in inspiring young athletes across the nation.

Therefore, the defeat to Mexico leaves precious little margin for error and that means pressure is going to be ramped up even more. As such, expect a fraught and tight game when it comes to taking on either side on the Sunday showdown. This is a do-or-die match-up, and one that the Americans cannot afford to miss. Not if they want continuous generations with talent, ambition, and ability to succeed as professionals.