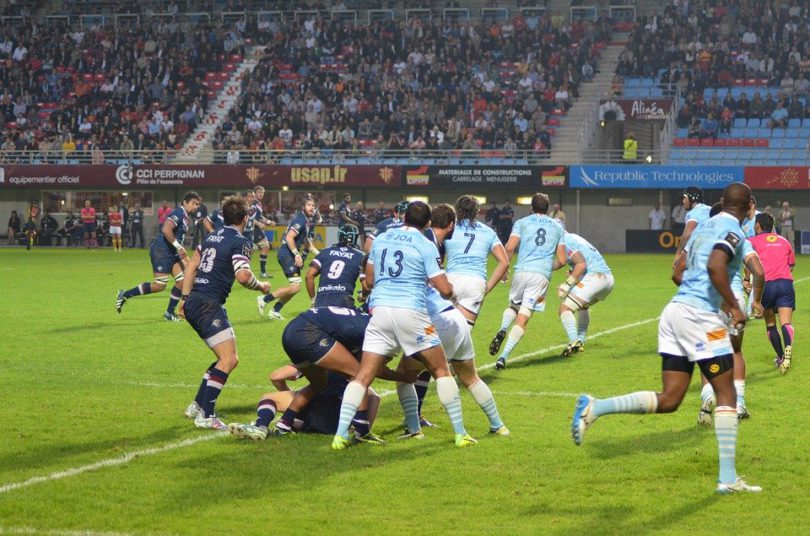 The Six Nations might be the biggest event in rugby outside of the Rugby World Cup. It’s a massive tournament, and one of the most prestigious to play in, to compete for, and to win. However, many players never get the chance to lift a trophy – especially a trophy as prestigious as this. For that reason, then, you might be interested to know who has a good chance of picking up the famous trophy as the Six Nations comes to an end.

Ireland, England, and France all have the chance to win the title. Scotland, Wales, and Italy are all out of the running for the Six Nations. The games will all take place on a dramatic and exciting Saturday, starting with the ‘dead rubber’ of Scotland versus Wales. After that, we have trophy match-ups in Italy v England and France v Ireland.

The means of which each team can win the title can be confusing, so let’s break down what actually is needed to see a win.

What could see England crowned champions?

England stands as the team most likely to win the entire tournament. If they beat Italy and secure a bonus point, and France overcome Ireland in the later match-up, they would win the Six Nations. The only thing that would change this is if France were to win by a bonus-point win, and their margin of victory was two or more points ahead of the English result.

If England win with the bonus point and Ireland win the title, though, things change. Ireland could then lift the title if they were to get a bonus point; if not, it would come down to a points differential.

What could see Ireland crowned champions?

Ireland has a rather odd chance to try and win the title. They could win the title if England doesn’t achieve the bonus-point win over Italy, and Ireland would need to then win with a four-point margin better than England. They are currently 23 points ahead of England as it stands, so as long as England doesn’t exceed their winning margin they should be fine.

The easiest way for Ireland to win the title without any dispute, though, is for them to beat France, in Paris, by a bonus-point victory. Given the challenge of hitting four tries in Paris, though, that might be a challenge above the Irish team.

What could see France crowned champions?

As the only team in contention who is playing at home this weekend, France is naturally very excited. A French win, though, is quite a hard one to see happening. They would need to not only beat a solid Ireland team, but they would then have to overcome the English result against Italy.

Given the fact that Italy is among the weakest teams, it would be hard to see France outscoring the English thanks to the disparity in opposition. France would need to try and overhaul the points difference of England, which is a two-point difference if France and England both win by the same result.