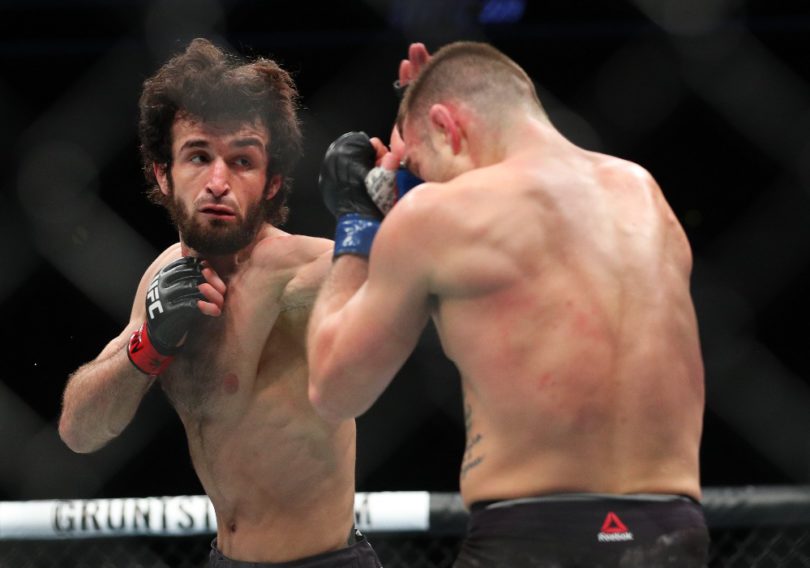 We all know that MMA is one of the most loved sports in the modern world. There is something about two people badly beating each other that the fans love so much. However, MMA isn’t just a fight of the brawns but the brains as well. You need to be mentally strong for such fights, otherwise your opponent can win the match before you even get in the cage. Psychological advantage can be the deciding factor in any given match. Fighter train for months and months for a single fight. Over the years we have enjoyed a lot of crazy fights between very strong and agile competitors however there is one fight that the fans have yet to enjoy and that is Yair Rodriguez vs. Zabit Magomedsharipov.

So Why Hasn’t Yair Rodriguez vs. Zabit Magomedsharipov Happened

The proposed Yair Rodriguez vs. Zabit Magomedsharipov match-up was tentatively scheduled to take place years ago. Their match was first supposed to take place in 2018 however due to injuries the match was postponed. Since then there have been several instances where these two were planned and scheduled to fight against each other but it didn’t happen. The reasons sort of remain a mystery as both sides blame each other for the fight not happening.

There is a lot of speculations to why Zabit Magomedsharipov who was once one of the most active competitions in UFC hasn’t fight for almost 2 years. His manager Ali Abdelaziz states that the reason for Zabit Magomedsharipov not fighting that much is because his opponents don’t show up to fight with him because they are either injured to too afraid. We can conclude by his words that he is saying that Zabit Magomedsharipov is ready for a fight like always and he is in a good shape. Both Zabit Magomedsharipov and Yair Rodriguez are strong men who don’t look like people that would blackout in a fight however in this specific scenario we just can’t be sure,

What Does Dana White Say About the Issue?

In their first scheduled bout when Rodriguez pulled out of the match due to an injury, that injury was confirmed by Dana White so we can say for sure that the competitor was actually injured however like all of us Dana White also knows that this fight needs to happen. Now more than ever before because it has created so much hype that it would definitely be a high money-making match. Dana White also commented on the feud saying

“In a perfect world, Zabit Magomedsharipov vs. Yair Rodriguez is five rounds”

Well! will this bout ever happen? We can only wait but once it does we hope that it lives up to its hype.